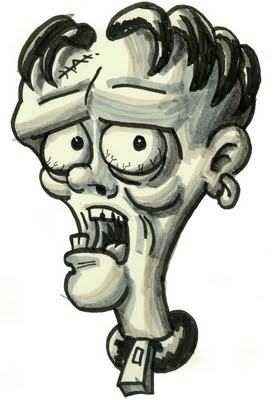 David Butler is a graduate of the Dun Laoghaire Film Institute of Ireland, I.A.D.T. Animation Production Course.
After graduating David worked in Animation in Moving Still Productions on  Fionn-A Story from Ireland part of The Tales of the World TV Series for S4C and Channel Four.He later worked as an Inbetween and Clean up Artist on Moving Still and Vinegar Hill Productions Sir Gawain and the Green Knight for Channel Four. The "Best TV Animation" BAFTA award winning Feature film.
He also worked on two Irish Film Board Frameworks project's as Inbetweener and Clean Up artist. From an Evil Cradling for Kavaleer Productions and Rowlandson Rides Again for Moving Still.

Having worked on a few TV projects and award winning short films. He created his own Tv series with comedy writer Paul Woodfull (I Keano, Stew, Val Falvey TD). "Frankie" recieved some development funding from the Irish Film Board but never made it on the Silver screen.
David then tried out a few things like, Nightclub promotions, No budget, live action music videos and band management.

David recently has had a Independantly Produced film "Just Ask Me" currently on  Film Festivals circuit and is developing a few ideas with the "Just ask me" team for Irish Film Board funding, and an Historic Documentary with Soilsiu Films for Arts Council funding.


As an artist David had his first Exhibition of his painting at the Derby Festival Kildare in 2010. David most recently worked on the Graphic Novel styled webcomic for WartGirl for RTÉ Storyland Series 3 for the online Comedy, Drama produced in Newbridge Co. Kildare.
The webcomic can be viewed here http://www.anithingartist.com/2011/02/wartgirl-comic-episode-1.html

David has recently  illustrated  a Childrens book "Do Fish Wear Pyjamas? - The Quest for the Great Book of Kildare" which was  published in October 2011.

To find out more about the projects I have worked on please view my Resume/ C.V. here.