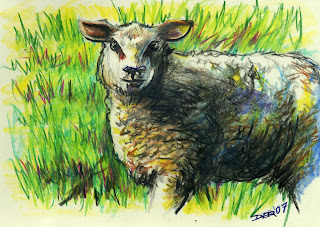 The Secret of the Furze
Genre: Short Fiction

Synopsis: Based on the short story from Martin Malone.
This film tells the story of a group innocent children playing amongst some furze bushes, who make a ghastly discovery revealing a very dark secret, which shatters their childhood innocence and destroying their lives forever.

Ireland, 1922. Amid the tensions of the Civil War, Breege White is enduring every mother's nightmare: her son, Chalky, has been sentenced to death for illegal possession of arms. Along with six of his fellow IRA men, Chalky is spending his last days imprisoned in the Glasshouse Military Detention Barracks in Kildare.
While coming to terms with his fate with the help of a compassionate prison chaplain, Chalky realises that the real reason he has to die may never be told, and that sometimes the truth can cost you your life...
Based on real events, Martin Malone's shocking, powerful and poetic novel brings to life the impact of the Civil War on ordinary people and hte divisions with left their small communities scarred for decades.

This project received Irish Film Board "Script development" Funding in 2003.